Terras de Sal will be in BIOFACH 2015

Posted on November 10, 2014 by admin in Uncategorized
Together with other individual producers from Castro Marim, our colletive will be at Hall 4A in Stand 160. We will present our new products to Novelty contest.

I came across with this incredible activity after I finished my university studies and my father asked some help to manage his farm and belongings.

Its been already 4 years since I’m managing this salt pond, maintaining the same skilled workers has before, and trying to use some of my personal skills – marketing and psychology – make people aware of the importance of this activity not only for the economy but also for the environment, and of course consuming this salt.

Filmed in June 2012, a work of art from David Cachopo.

Salt is paradoxical. The Bible lists nearly 50 references to salt – many of them, positive references, such as the requirement of adding salt to a grain offering (Leviticus 2:13). Yet in our contemporary culture, salt is generally regarded as a health-robbing food additive linked to cardiovascular and other diseases. Historically salt has often been a medium of exchange, due to the high esteem in which it was held. Yet I personally have regarded salt as a “junk food” to be avoided since writing my first book in 1976. Animals, no matter how much mineral content they may derive from the vegetable matter they graze on, instinctively seek out natural salt licks to complete their diet . . . Or they die. So, we’re confronted with the simple question: Is salt good or bad?

1. Brine enters a series of heaters which elevate the temperature to 290 degrees under high pressure.
2. Heat supercharged brine goes into a “graveler” filled with cobblestones to remove impurities.
3. Pressure is lowered via a series of “flashers,” cooling the brine to 226 degrees, allowing crystallization to begin.
4. Salt crystals form in a large evaporator pan with the wet salt being automatically raked into a large well.
5. This wet salt then goes into a centrifugal separator removing remaining brine.
6. The salt then goes into a rotary dryer, making the salt perfectly dry.
7. Magnetic screens are then used to separate the salt into different sizes.
8. After screening, different sizes of salt are stored in their respective bins.

High heat processing kills the salt; removing 82 of the 84 minerals found in sea water refines the salt, and the addition of harmful additives to prevent moisture absorption and caking adulterates the salt. Regarding this last step in the making of a “junk food,” the most commonly used additives are alumino-silicate of sodium or yellow prussiate of soda. Aluminum compounds are highly toxic, having been associated with Alzheimer’s Disease and other conditions. Corn sugar (dextrose) has also been a typical additive to salt to keep it free-flowing – kind of a “double whammy” – adding sugar to your salt – just what you need!

MOTIVATION FOR SALT REFINING – It’s not too hard to see that the processing of salt renders it a “junk food.” To understand the motivation, however, one need only follow the money. The primary use of salt is not as a food additive, but for industrial purposes. Only 7% of salt manufactured goes for food; the other 93% goes to industry. Industry requires chemically pure sodium chloride for manufacture of explosives, chlorine gas, soda, fertilizers and plastics. Since refined table salt is formulated specifically for industrial and chemical usage, scant concern is given to its toxic effect on human biology.

Of course the trace minerals originally in salt are quite valuable. Manufacturers can sell off the other 82 elements found in sea water, leaving only sodium and chloride, and make a lot of extra money. The resulting refined table salt still tastes salty, though like white sugar or white flour it is missing most of its original nutrients.

SO-CALLED “SEA SALT” – Many people think they’ve solved the salt problem by buying “sea salt” at their health food store. For all practical purposes, “sea salt” is essentially the same as regular table salt – it is a refined salt. All the term “sea salt” really means is that the salt was derived from sea water. In almost all cases, it is totally refined! Furthermore sea salt is:

1. Mechanically harvested from dirt or concrete containments with bulldozers and piped through metallic pipes.
2. Exposed to very high heat which cracks its crystalline structure.
3. Refined of virtually all its essential minerals.
4. Adulterated by chemical additives used to make it flow freely, bleached to a white color, and iodized to unnaturally high levels.

“Sea Salt” sold in health food stores generally comes from the same salt refineries as the regular supermarket table salt. It is 98%+ sodium chloride. The term “Sea Salt” is a deceptive misnomer. However, there is a natural, healthful sea salt without these problems.

UNREFINED SALT’S EFFECT ON THE BODY – Our bodies possess three “internal oceans” that closely resemble the content of sea water: blood plasma, lymphatic fluid, and extracellular fluid. Celtic Sea Salt has that same mineral content as the oceans and these bodily fluids.

The salty amniotic fluid produces growth of the human embryo by 3 billion times! Life is dependent upon the presence of sodium, BUT not by itself. The sodium must be balanced out with other minerals like magnesium, calcium, potassium, and various trace minerals. Salt activates the salivary enzyme in the mouth – the very first enzyme in the digestive process. Sodium is required by the parietal cells of the stomach wall to make hydrochloric acid for digestion. From the moment of conception humans are never without a need for salt. But understand that we don’t need toxic, refined table salt, but living, unrefined, and unadulterated salt like hand harvested sea salt. 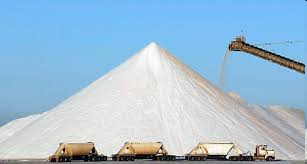 Posted on November 15, 2012 by admin in Salt & Your Health
Salt is vital to life. Salt (sodium chloride) courses constantly through our circulatory system. A shortage of this essential nutrient can cause serious health risks, even death.
Our most important electrolyte, the natural mineral salt is necessary to maintain the critical osmotic balance in human cells. Sodium is essential to transmission of nerve impulses signaling the heart muscle to contract. Sodium helps regulate human hydration, pH levels and the absorption of other nutrients. Chloride helps...
Read More No comments
12Next PageLast Page

No comments by admin yet.